Talking about the history of Tradeshows for Musical Instruments something has changed twenty years ago:
Together with M.E.S.I from Paris, SchneidersBuero from Berlin managed one booth on Musikmesse Frankfurt that included ten synthesizer-manufacturers like Big Briar alias Moogmusic, Elektron, Doepfer, Vermona and others with a party-like athmosphere on an outstanding booth in April 2002.

We could set up an event where Bob Moog and his secretary was hitting the Dancefloor and relevant artists was playing their sounds from Berlin, they realized with some of our products – the so called SUPERBOOTH was born. 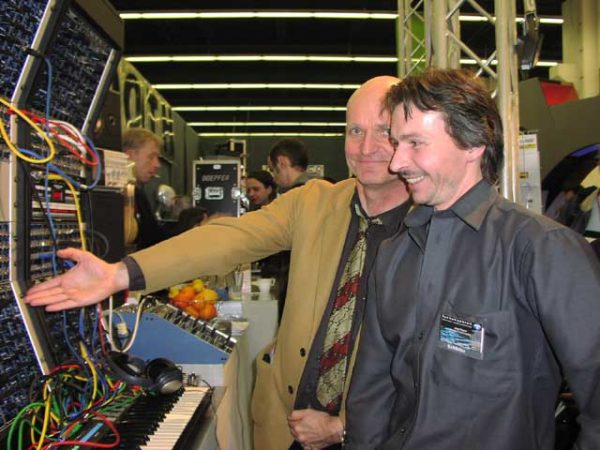 The story, history, visions, music, and our current motivation is topic of discussion between Monolake alias Robert Henke, Dieter Doepfer and HerrSchneider (jr.) moderated by Andre Kaufmann on (real) RADIO locally on air and ..